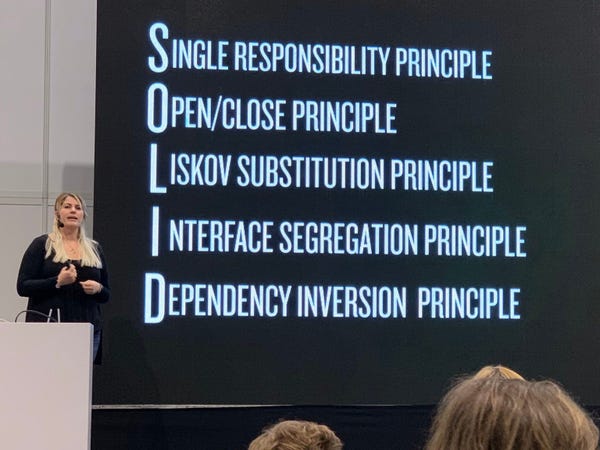 A surge in free online courses is creating an influx of self-taught coders into tob tech jobs. Almost 70% of software developers are self-taught, according to a 2016 survey by Stack Overflow.

One such developer is Layla Porter, a senior developer evangelist at cloud communications platform Twilio, who landed a job at the $37 billion tech company after teaching herself to code in her spare time. Before she joined messaging API platform Twilio to help with its outreach efforts in the developer community, she worked in a range of roles, from professional horse rider to graphic designer to Pilates instructor.

The ability to build something from scratch using code had always appealed to Porter. But it was working on the booking platform for her own Pilates studio that she decided she wanted to make a career out of it.

“I’ve always been interested in code and creative things,” says Porter. “[But], it really became more of an interest for me when I opened my own Pilates studio and I had an online booking system that my boyfriend built for me.”

Soon Porter wanted to add more features, so she started tinkering around with the code.

Inspired by hearing about Amy Simmons, a journalist turned Twitter software engineer, and dissatisfied with the growth of her Pilates studio business, she decided to switch careers.

Using free platforms like Freecodecamp.org she taught herself the basics of coding and, after working on her skills for three hours every day for eight months, started to search for a new job.

Porter found a position at a small agency paying minimum wage where she built up her skills. She also became an active member of coding groups such as the .NET community, and it was giving a talk at one of these meetups that landed her the job at Twilio.

“My now boss was attending and saw my talk. He spoke to me afterwards and asked what my thoughts were on joining Twilio and the developer evangelism team,” says Porter. “Once I found out what a developer evangelist actually did, I felt it would be my dream job, so I applied.” 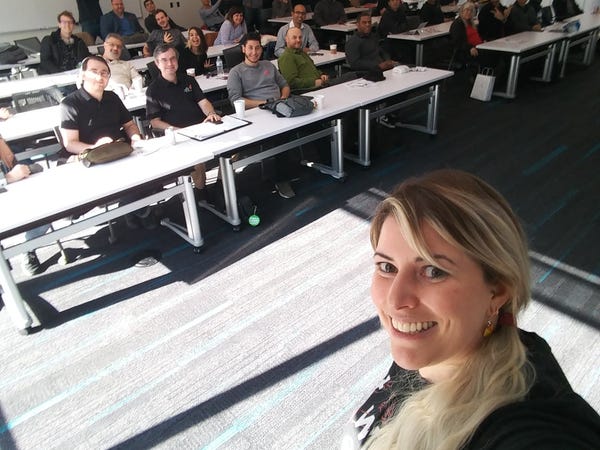 The industry is starting to tackle its diversity problem

Only 19% of software developers in the US are women, according to 2019 data from the Bureau of Labor Statistics.

But, things are slowly starting to change, according to Porter.

“Even just in the short period since I’ve gone into tech, it has ballooned in the accessibility. There’s a massive drive to get women of all colors, of all backgrounds into tech,” she says. “Businesses are actively looking to diversify their teams. Not just because it looks good on paper but because it improves team productivity and diverse teams are much more functional.”

These opportunities are also opening the doors to people without traditional qualifications.

“It’s accessible, the barriers of entry are low to certain aspects of coding,” she says. “Unlike law or medicine, you don’t actually have to have a degree. Companies are open to taking on employees that don’t have a degree.”

This is especially true in the current climate, as many companies need talent to support the shift to digital. Software engineers are currently the most in-demand hire in European tech.

“Now companies are crying out for people so it’s going to be a lot easier nowadays than when I did it, because there wasn’t such a plethora of boot camps and it wasn’t such a thing to be self taught,” says Porter. “It really is a big movement, self-taught and non-traditional backgrounds coming into tech. It’s not easy, but it’s easier.”

Porter still recommends getting a degree if you have the opportunity to do so, as it can open doors.

She adds: “If you want to emigrate to a different country, they’ll look for degree. If you want to go into fintech, for example, they’re going to want you to have a degree. It’s often used as a filtering mechanism.”