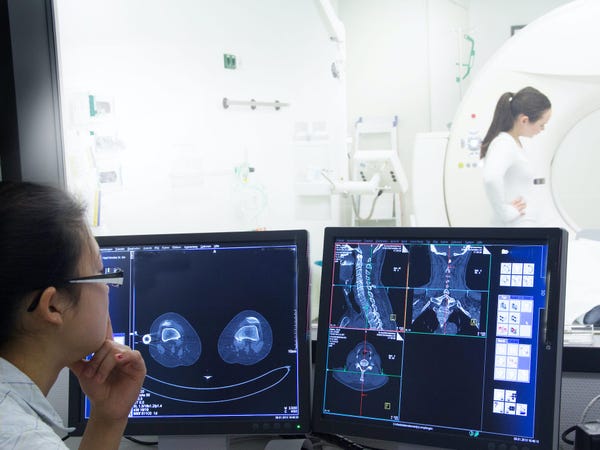 The disagreement between Republicans and Democrats over Medicaid expansion was once such a politically-charged issue that it went all the way to the Supreme Court. Now, even some of the most conservative states are broadening the boundaries of the entitlement program to include hundreds of thousands more people.

But getting those qualified to sign up can be a challenge. And many of the millions of newly uninsured individuals — like those who lost their jobs as a result of the ongoing pandemic — may not even be aware they qualify for the program.

That’s where Jvion comes in.

The artificial intelligence-powered startup scans reams of patient and location data to pinpoint at-risk individuals who may need treatment but not have the financial wherewithal to afford — many of whom don’t have insurance but likely qualify for assistance programs like Medicaid. Beyond helping patients, the company says that the technology also helps shield hospital systems from millions of dollars in unpaid medical bills.

“People with insurance get about twice as much care as those without insurance. And it’s more preventative care,” Chief Product Officer John Showalter told Business Insider. It’s also “direct revenue to the bottom line for the hospital. Stronger financial health for the hospitals, stronger financial health for the patient, and overall better quality of care.”

Before tackling the Medicaid challenge, the company was also able to use its data during COVID-19 to help figure out the likelihood of a certain individual in a specific neighborhood having to be hospitalized — or potentially die — from the virus compared to a similar person in a different location.

So far, Jvion has screened 10 million patients for clinical vulnerability to the coronavirus, according to Showalter. It was those efforts that helped propel the company to begin also analyzing the financial vulnerabilities experienced by those people.

Using de-identified patient data, Jvion’s proprietary algorithm aims to pinpoint which individuals are both uninsured and likely to need expensive care in the coming months, which would leave them without a proper avenue to pay for their care.

The startup collects election health record and billing information from clients like hospitals, supplements that with geolocation data and other purchased information — like how likely a specific individual is to use social media or purchase products over the internet — to create a profile of the patient.

Identifying data is then stripped out and each individual is assigned a unique ID within Jvion’s system. Once the package of information is analyzed, the company re-identifies the patient to understand the risk profile and their financial ability to afford potential coverage.

“We then use that re-identified information to reach out to the patient and either connect them with the health system navigators or connect them with an within insurance advocate that’s able to match them to the Medicaid plan or the exchange-traded plan that makes the most sense for them,” said Showalter.

And with many elective surgeries on-hold for the first-half of the year due to the virus and patients postponing non-critical physician visits, Showalter says Jvion can also help fill the massive hole in claims data that health centers use to predict, among other things, the socioeconomic factors behind healthcare. That’s because the company uses an array of information sources outside of past visits, Showalter says.

“It’s all gonna fall apart because that data is just missing months out of 2020,” he said. Jvion’s methodology “brings in a much better understanding of the vulnerability that’s driving it as opposed to the historical utilization.”

The wardrobe classics every businessman should own

What we can learn from China’s lockdown policies

The London Stock Exchange is exploring how to lure SPACs to the UK, a report says