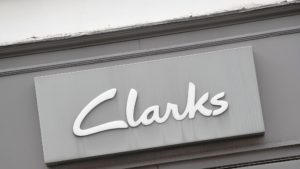 Landlords have accused Clarks of abusing insolvency processes by pushing through a restructuring they have little chance of overturning after paying out dividends to its family shareholders.

The 195-year-old shoe-maker launched a company voluntary arrangement (CVA) last week that will result in most of its 320 UK stores moving to rents based on turnover. Some 60 shops will move to zero rent and all arrears built up during the pandemic will go unpaid.

Landlords are the only creditors whose debts, which total £160m, will be compromised by the CVA, yet they account for less than 25% of the votes. The CVA needs 75% of votes to pass. “This abuse of CVAs forces property owners to absorb significant losses with little attempt to build a recovery strategy they can support as economic partners,” said Melanie Leech, chief executive of the British Property Federation.

Hong Kong-based private equity firm LionRock Capital has pledged £100m in return for a majority stake on condition the CVA is approved and passes without legal challenge. Clarks declined to comment.

Small businesses must tap into the green economic recovery