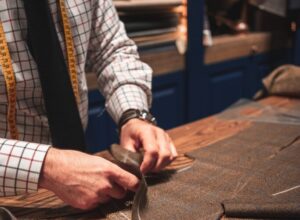 Tailors on Savile Row have called on the government to scrap plans to end VAT-free shopping for tourists as fears grow that the Covid-19 pandemic poses an existential threat to some of London’s historic ateliers.

Neil Clifford, chairman of Turnbull & Asser, the royal family’s shirt-maker, has written to the chancellor warning that the move puts “the company at risk”, while Simon Cundey, of Henry Poole, another Savile Row tailor, said it was “really coming at the wrong time”.

Savile Row in Mayfair, central London, has been known for making traditional bespoke suits for men for 200 years.

However, Covid-19 has badly affected sales. Not only have tailors had to close during lockdown, even when they were open they were hit by a fall in spending by tourists because of travel restrictions and by a sharp decline in demand for formalwear owing to the cancellation of events and people working from home.

The government’s plan to end VAT refunds for overseas visitors comes into effect at the end of this year. Retailers have already warned that scrapping duty-free shopping for tourists could lead to £3.5 billion in lost revenue. About £28.4 billion was spent by overseas tourists last year, with £2.5 billion reclaimed in VAT, according to the Centre for Economics and Business Research.

Mr Cundey, managing director of Henry Poole said: “This VAT move is really coming at the wrong time. It’s not been thought through at all. It will tear off a mass of industry and income from overseas, which will just switch to Paris or Rome.”

About 70 per cent of Henry Poole’s business is overseas and the tailor has been dealt a blow by the fall in international visitors to London since the start of the pandemic. “We are already down 61 per cent on last year and we had hoped in the summer that our customers would be coming back to town, but it’s all gone to pot as people stay working from home,” Mr Cundey said.

Mr Clifford, whose company employs 70 workers at a factory in Cheltenham, said: “This change will decimate the popular shopping area of St James in central London and will mean that we will significantly downsize our production team next year.”

Kathryn Sargent, the first woman to open a tailoring house in Savile Row, said that sales for her eponymous business were down two thirds on last year.

“What we make is so unique, but the VAT refund is a nice perk at the end, an added incentive for our international customers,” she said. “When clients come over for a fitting, they tend to tie it to a business trip or say, ‘We’ll take the kids for a holiday.’ It’s a reason to spend in the theatres, restaurants and museums. The VAT discount isn’t the equivalent of a flight, but it’s a psychological benefit for people.”

Read more:
Savile Row calls on government for a bespoke deal over end of VAT-free shopping

Reason For The Businesses To Host Bitcoin ATM