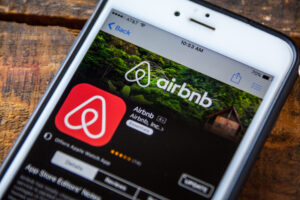 Airbnb is set to file the necessary IPO documents later this week ahead of its anticipated stock market debut in December, as it seeks to raise $3 billion.

The move would set the company a valuation of around $30 billion, according to Reuters.

Next month, it is believed that Airbnb will set out its case in an investor roadshow, before it lays out plans to set an IPO price range and eventually trading to the public on the stock market, despite a recent upsurge in coronavirus cases in the United States and around the world.

The home-sharing platform’s listing on the Nasdaq index promises to be one of the largest stock market listings of the year, having initially intended to launch its IPO proceedings in March, just before the pandemic hit. Its founders will also have been encouraged by the track record of other companies going public this year, including record label Warner Music Group, data analytics firm Palantir Technologies, and data warehouse company Snowflake, in spite of the downturn in travel due to international and domestic restrictions on mobility in the first global lockdown.

In addition, Joe Biden’s confirmation as the 46th president of the United States over the weekend will have diminished some of the uncertainty for IPO hopefuls such as Airbnb. The CBOE volatility index [VIX], which measures market expectations of short-term volatility conveyed by market option prices, was back on the rise as the overall winner of the election became clear, following a two-week slump in the buildup to last Tuesday’s vote.

While Airbnb, like the other main OTAs, saw a wave of cancellations at the start of the pandemic, more recent data has fuelled optimism for a sustained recovery, as CEO Brian Chesky remarked how the company had achieved over one million booked nights on its platform in July. Demand for vacation rentals surged to record levels over the summer as restrictions eased and travellers turned their back on more traditional asset classes such as hotels in preference of the seclusion and privacy that rentals can offer.

The uptick in bookings can be put down to travellers increasingly searching for off-the-beaten track destinations for their getaways, such as smaller towns, campsites and national parks, away from urban centres where much of its core inventory has been built up.

In April, Airbnb raised $1 billion in funding from the likes of Silver Lake and Sixth Street Partners, before securing a further $1 billion loan in senior debt through the same private equity firms, as well as Apollo Global Management, Oaktree Capital Management and Owl Rock. This led to a drop in the company’s valuation to around $18 billion, down from the previous figure of $31 billion.

The home-sharing platform also trimmed its workforce by at least 25 per cent in May as the reality of the global travel lockdown began to bite.

Read more:
Airbnb set to debut on the US Stock Market with a $30bn valuation

A million of UKs self-employed are switching to regular jobs

Why monkeypox cases are rising in Europe

A thumbs up or down for Marcos Jr.’s first SONA?