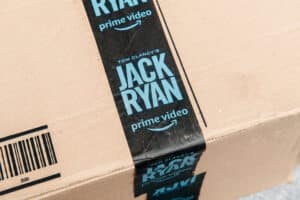 The European Commission has charged Amazon with breaking competition rules, accusing it of abusing its dominant position in online retail.

It said the tech firm used data on third-party sellers that use its marketplace to gain an advantage.

It also launched a fresh investigation into the possible preferential treatment of sellers that use Amazon’s logistics and delivery services.

In a statement, the EU’s Competition Commissioner Margrethe Vestager said it was vital that platforms with “market power” such as Amazon did not “distort competition”.

“Data on the activity of third party sellers should not be used to the benefit of Amazon when it acts as a competitor to these sellers,” she added.

“With e-commerce booming, and Amazon being the leading e-commerce platform, a fair and undistorted access to consumers online is important for all sellers.”

The European Commission has been investigating Amazon since July last year, following complaints from traders.

It says the tech giant accesses sensitive data from small and medium-sized companies that use its platform, such as sales figures, page visits or shipping information.

It then uses this to help with sales of its own-label products, or in choosing suppliers, the Commission says.

In a press conference on Tuesday, Ms Vestager said: “We do not take issue with the success of Amazon or its size.”

Amazon faces a potential fine as high as 10% of its global turnover if it is found guilty of breaching competition law – about £15bn ($19bn).

In a statement Amazon insisted that – far from being anti-competitive – its private-label products were good for customers and offered more choice.

“Amazon represents less than 1% of the global retail market, and there are larger retailers in every country in which we operate,” it said.

“No company cares more about small businesses or has done more to support them over the past two decades than Amazon.”

It also pointed out that there are more than 150,000 European businesses selling through its online marketplace.

The charges come as the coronavirus crisis has driven huge sales for the retailer, as people increasingly turn to online shopping.

In August, boss Jeff Bezos became the richest man int he world with a fortune of more than $200bn after the firm’s share price rocketed in the early months of the pandemic.

Ms Vestager has taken a tough stance on US tech firms and what she sees as their grip on the digital landscape.

Search engine Google, for example, has been fined more than €8bn in three separate cases, all relating to alleged abuses of power in the EU.

Meanwhile, in the United States, a report backed by Democratic lawmakers recently urged changes that could lead to the break-up of some of the country’s biggest tech companies, such as Amazon, Facebook and Google.

The report found that Amazon possessed “significant and durable market power” in online shopping, which it furthered in part by “anticompetitive conduct in its treatment of third-party sellers”.

In October Amazon hit back in a blog post on its website: “The fact that third parties having the opportunity to sell right alongside a retailer’s products is the very competition that most benefits consumers and has made the marketplace model so successful for third-party sellers”.

Job turnover in NCR improves in second half of 2021

New ‘karaoke’ mode which rates your singing appears on Spotify

The future of businesses and jobs in the blockchain