Tesco to hand back £585m of pandemic business rates relief 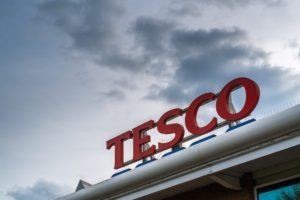 Tesco, the UK’s largest supermarket chain, has announced it is to repay £585m of business rates relief it was awarded during the coronavirus pandemic.

The company said it would be seeking talks with officials on how it could give back the total sum to the Treasury and the UK’s devolved administrations.

It credited the decision on a belief within Tesco that potential risks it faced from the COVID-19 crisis were now behind it despite its estimated costs topping £725m.

Supermarkets have been under pressure to announce such a move.

Analysis of government data by real estate adviser Altus showed that £1 in every £6 of rates relief went to the ‘big four’ chains.

It expected Sainsbury’s to benefit by almost £500m, Asda by £297m and Morrisons by £279m – with discounters Aldi and Lidl enjoying a boost of over £100m each.

They benefited from a sales surge in the run-up to, and during, the lockdowns which forced much of the wider retail sector to close down.

In Tesco’s case, its most recent results showed a rise of almost 29% in group pre-tax profits during the first half of the year covering the UK-wide hibernation of the economy that began in March.

Investors were rewarded with a rise of more than 20% in dividends at a time when the vast majority of listed UK firms were pulling payments entirely.

The repayment offer will be seen as an attempt to ward off potential profit penalties as the Treasury seeks to stem record peacetime borrowing through targeted tax rises in the future.

Morrisons declined to comment on its own plans for business rates relief when contacted by Sky News while Asda and Sainsbury’s were yet to respond.

Shares in Morrisons and Sainsbury’s fell as investors digested the implications of Tesco’s decision – fearing they would be forced to follow suit.

The hospitality industry urged ministers to use cash that was returned to help businesses most in need.

UKHospitality called for the establishment of a Hospitality and Tourism Recovery Fund.

Tesco said on Wednesday that the rates relief proved a “game-changer” in giving the grocery sector the confidence to invest at a time of crisis – from hiring thousands of staff to bolstering delivery fleets.

“For food retailers, the impact was immediate and potentially disastrous: panic buying, severe pressure on supply lines, major safety concerns and the risk of mass absences from work, culminated in a real and immediate risk to the ability of supermarkets to feed the nation,” the company said in a statement.

Chief executive Ken Murphy, who took over the job from Dave Lewis in October, said the board took a unanimous decision to repay the cash.

Mr Murphy said: “Every decision we’ve taken through the crisis has been guided by our values and a commitment to playing our part.

“In that same spirit, giving this money back to the public is absolutely the right thing to do by our customers, colleagues and all of our stakeholders.”

More than 10,000 Filipinos infected in past week