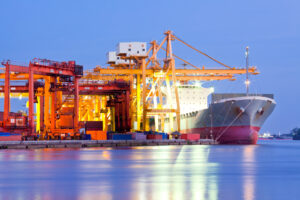 Tax officials have been scrambling to hire hundreds of advisers to help businesses deal with red tape when moving goods from Great Britain to Northern Ireland after Brexit.

Job adverts for “customs and trade advisers” call for candidates with at least two years’ experience in global trade who are prepared to work from home for a salary of £20,000 to £25,000. The ads say that a laptop and training will be provided.

Staff will work for the Trader Support Service (TSS), set up by HM Revenue & Customs (HMRC) and run by Japanese tech giant Fujitsu and the Customs Clearance Consortium. Ministers have budgeted £200m to fund the TSS, which is hiring 800 staff.

Irish border arrangements had been one of the most fraught issues since the Brexit referendum in 2016. Last week, the government and the EU finally agreed how to implement the Northern Ireland protocol. It means that, in effect, the region will stay in the EU single market for goods whether or not a trade deal is agreed before the transition period ends on December 31. Customs clearance will be required for all goods entering from England, Scotland or Wales.

The customs and trade advisers will handle Eori numbers — the “economic operator registration and identification” code required by companies moving goods to and from non-EU nations — as well as VAT and other charges on products crossing the Irish Sea.

Finding applicants with international trade expertise for a maximum of £25,000 a year may prove difficult. One person who has accepted the challenge, part-time, is an Uber driver who lives with his parents in east London. The man, who did not want to be named, said he had given up driving full-time to train as an adviser, and had started fielding calls from small firms from his bedroom after three weeks’ online instruction.

“I never really understood how import and export worked before so it’s interesting to learn,” he said.

Businesses are racing to be ready for the end of the transition period. Whether or not the UK and the EU agree a trade deal, filling in customs forms will be an onerous task. HMRC is preparing to handle an extra 220,000 forms a year for trade with countries around the world. An extra 50,000 customs agents are thought to be needed and it is far from clear how many have been trained. HMRC said 32,000 have been on courses.

The burden will be particularly heavy when it comes to the single market, as 43% of UK exports go to the EU and 51% of imports come from there — all previously free of customs checks and tariffs. Jim Harra, chief executive of HMRC, has put the cost of the extra paperwork at £7.5bn a year.

Michael Gove, the minister overseeing Brexit preparations, has warned there could be queues of up to 7,000 lorries outside Dover unless hauliers have the right paperwork. Covid-19 is adding to the concern: ports such as Felixstowe are already congested because of PPE imports and the online shopping boom.

Businesses are also braced for extra costs caused by tariffs — taxes on imports and exports — if a deal cannot be struck. Neil Clifton, managing director of Cube Precision Engineering, is so worried he has included a Brexit clause in quotes sent by the West Midlands firm, which makes parts for cars and aircraft.

Some of the highest tariffs will be levied on food. The British Retail Consortium has estimated that 85% of food imported from the EU will face tariffs of more than 5%, or an additional £3.1bn a year.

John Allan, the chairman of Tesco, said last week that no-deal could change what UK households eat and drink, and admitted that the chain was stockpiling non-fresh food in case of shortages.

From January 1, a “UK global tariff” will be levied on imports from countries without a trade agreement. The average rate will be 5.7% but there will be huge variations, said Amanda Tickel, Brexit lead at Deloitte. For instance, without a deal with the EU, the tariff on orange juice from Spain would be 30%. Tariffs on imported fresh fruit and prawns could be up to 20%.

Allan told the BBC that the average household food bill could increase by 5%. However, the rise will depend on whether businesses pass on tariffs to consumers or swallow some or all of the added cost themselves. Chris Ashton, sales director of Autosmart International, said the Staffordshire-based maker of cleaning products would absorb the levies on chemicals imported from the EU. Ashton, 57, has another worry, though: “It’s not so much the value of the tariffs but the delay they would cause — there’s a great deal more administration.” It takes seven to ten days to get the firm’s products to customers in the south of France at present. Ashton fears that could rise to three weeks.

For Jatin Patel, 43, creative director of fashion label Kalikas Armour, another big issue is “rules of origin”. These determine the geographical source of products, and therefore what tariffs are due.

One way for the UK to avoid Brexit price rises, said Tickel, would be to suspend tariffs on EU imports if a trade deal is not agreed. However, under World Trade Organisation rules, other nations that the UK does not have trade deals with would be treated the same way.

“The UK could well consider amending its global tariff, including temporarily suspending tariffs in certain areas, to help manage any inflationary effect,” she said.

Yet for exporters, unless the EU shows leniency, there appear to be few options.

From Black Friday to the Festive Season: 8 tips for small businesses to stand-out

From Black Friday to the Festive Season: 8 tips for small businesses to stand-out

Google to pay GBP183m in back taxes to Irish government

Things to ponder on before your retirement