Organized by the League of Corporate Foundation, the 2nd CSR Guild chose Baslay coffee program for showcasing how it has been brewing a better life for members of the Baslay Farmers Association in Dauin, Negros Oriental and its customers for over 30 years now. 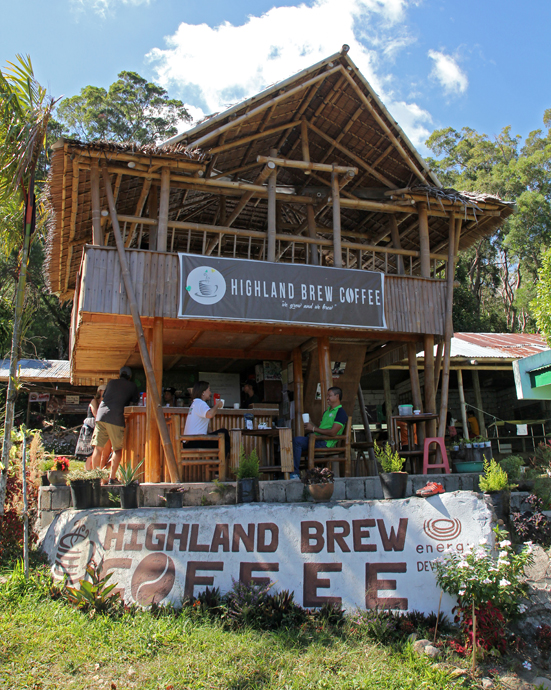 Through EDC’s constant training and guidance, their founding members were transformed from being slash-and-burn farmers or kaingineros into forest stewards by learning about the value and income potential of taking care of the forests that also take care of them.

“This recognition means a lot to us because it came from our peers that also have their laudable CSR initiatives. We are grateful to the LCF for recognizing our team’s decades of hard work as well as the Baslay Farmers Association’s (BFA) remarkable transformation and huge role in the preservation of our forests in Dauin, Negros Oriental,” said Atty. Allan V. Barcena, head of EDC’s Corporate Social Responsibility and Public Relations team.

The BFA is the first farmers’ association in Negros Oriental to produce premium and quality organic coffee recognized by globally trained baristas from various parts of the Philippines. To enable more people to savor the taste of its delicious coffee, BFA opened its own coffee shop near the Baslay Hot Springs where both foreign and local tourists frequent in 2018.

In the same year, BFA was likewise accredited by the Department of Tourism Region 7 as the only agroeco-tourism site in the province of Negros Oriental.

“We owe most of our success and awards to EDC for patiently guiding and supporting BFA all these years,” said Ruel Perez, BFA’s community leader.

The BFA has already won several awards including the Grand Anvil award from the prestigious Public Relations Society of the Philippines and the Lopez Achievement Award for its exemplary program.

Perez likewise expresses his gratitude to the Department of Trade and Industry, Department of Agriculture, and the Department of Agrarian Reform for all the capacity training that they gave them, ranging from bookkeeping and financial management to biodiversity conservation, which made the Baslay coffee program even more sustainable.

Through EDC’s intervention, Baslay’s community forest is now a refuge to 113 species of birds and one of the primary sources of quality coffee (robusta and arabica) in Central Visayas. More importantly, the former kaingineros are now masters of interplanting coffee with native tree species.

“Little did we know that our Baslay coffee program was one of our earliest regenerative practices that was forged through successful collaboration with our partner community in Baslay,” said Barcena. “With our new mission that seeks to elevate everything we touch, we will continue to find ways to help BFA expand its enterprise not only for its own gains but to enable more people to enjoy their cup of exquisite Baslay coffee.”

Bautista was referring to the new mission of EDC and the rest of the Lopez group of companies that aims to forge collaborative pathways for a decarbonized and regenerative future. Their new chosen path calls for the entire conglomerate to uplift the state of everything they touch and everyone they partner with.

EDC owns and operates the 222.5-megawatt Negros geothermal facility, the company’s 2nd biggest site located in Negros Oriental that has been providing uninterrupted supply of clean, renewable power to Negros Island and to the rest of the Visayas region for over 37 years.

Do’s and don’ts in UITF

BSP dollar reserves dip in May

How to fix mistakes on your credit report