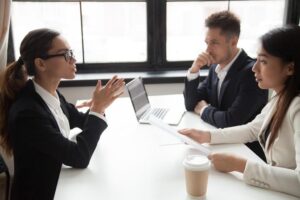 ‘White collar’ job vacancies have fallen across the UK as COVID-19 spurs demand for ‘key workers’.

Thats according to new research by DirectlyApply, with their data showing that demand for jobs in nursing, logistics, deliveries and care work has gone up by an average of 35% year-on-year, while there has also been an increase in job postings for supermarket worker roles.

Across all office-based or ‘white collar’ roles, as well as in the beauty and wellness, estate

agency and hospitality sectors, job posts have fallen by 40%, however. Overall, senior level job postings have declined by 45%.

Unsurprisingly January is traditionally the busiest month of the year for applications and searches for jobs, with searches tending to start in earnest from around 6th January.  However, whilst demand for jobs is highest in January, the number of job postings put up by employers tends to peak in February and March, when employers have settled back into work and are in the position to identify what their hiring needs are for the coming year.

Will Capper, co-founder of DirectlyApply, said: “COVID-19 has had a huge effect on the UK jobs Market. In 2021 we anticipate that the most popular searches will be for white collar roles. Due to the uncertainty over the course of 2020, many people have been content to stay in their current jobs rather than actively look elsewhere. But as employers have become better versed in how to remote hire, coupled with the roll out of the vaccine across the UK, this is likely to change.”

UK private sector workers are set to receive average pay rises of 2.4% in 2021.  Private sector data* suggests that the number of companies expecting to freeze pay will fall sharply next year as optimism about 2021 rises. This year, a third of private sector companies froze pay rises to curtail costs; the UK’s partial public-sector freeze, announced this week by Rishi Sunak, was accused by the Resolution Foundation of being misguided.

Capper said DirectlyApply’s data suggests people in hospitality and retail roles will likely look to move into other sectors as those industries continue to contract, with Brexit expected to hasten this contraction. Bonmarché and Arcadia Group, which owns Topshop, recently collapsed into administration, putting thousands of jobs at risk.

It’s also likely that search terms relating to relatively transferable roles, such as delivery driver, as well as roles in warehouses and security, will grow in popularity. These jobs have sometimes been called “recession-proof”, due to their long-term security.

Factbox: What a Joe Biden win could mean for financial policy

MSMEs get the support of Insular Life through Union Bank GlobalLinker

Tokyo Games may be too big a gamble, disease expert says

Faustino and Ramos dominate their division with three golds each