Fnatic’s use of crowdfunding and fan investment 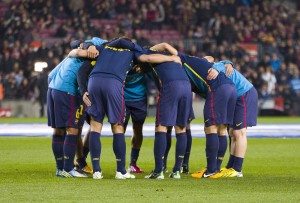 In 2020, Fnatic sought to alter their approach to investment and business ownership. Over the last decade, the 16-year-old gaming team established itself as the most successful eSports brand.

In an effort to stay at the top of their game, it’s reported that Fnatic recently raised around £7.5 million from a new round of internal funding. Interestingly, this recent financial injection takes the team’s total investment figure over £35 million.

However, along with this funding, Fnatic has also opened the door to being a fan-owned brand. Through Crowdcube – a British crowdfunding platform – the 16-year-old team hope to raise a further £968 million by encouraging supporters and investors to purchase a percentage of the brand. On the face of it, this move could prove beneficial, and here’s why.

Opening the Door to a Lucrative Future

For decades, debates have raged on regarding the advantages and shortcomings of fan ownership in sports. Now, such a conversation will likely grow louder in relation to eSports. However, given that competitive gaming has supporters at its core, it wouldn’t be surprising to see more teams turn to such a model over the next decade. Fnatic state that their reason for embracing fan ownership stems from a desire to bring supporters on the journey.

In the future, fan ownership could be the catalyst for further brand expansions. In 2022, the competitive gaming industry is forecast to be worth just shy of £1.5 billion, according to British eSports. As such, the lucrative nature of the market will likely attract further investors and participants.

In many ways, this ever-growing outlook is already playing a pivotal role in industry growth. Currently, real-world teams like AS Roma, Besiktas Istanbul, Schalke 04, and more, have launched their own eSports teams. From a competitive standpoint, Fnatic will now face further challenges from newly-formed brands, such as CSKA Moscow’s FIFA team, who are currently 5/2 to beat Shakhtar Donetsk in the FIFA: eSports Battle at Betsafe eSports odds, as of December 23rd.

Outside of competitive gaming, fan-owned businesses are becoming increasingly regular with the world of sports. Fascinatingly, one of the most well-known sporting outfits, FC Barcelona, are owned by their supporters. According to a report by Goal, the Catalan giants are a members-owned club. Essentially, this means that one leading figure doesn’t single-handedly make decisions regarding the club’s future. Although the club has a president – most recently Josep Maria Bartomeu – this figure is elected by other owners.

In Spanish football, this approach isn’t unusual. Barcelona’s fiercest rivals, Real Madrid CF, is also owned by supporters and has been throughout its 118-year history. However, it isn’t only football clubs who adopt this approach. In the NFL, the Green Bay Packers pride themselves on being a not-for-profit sporting outfit. Although in different industries, it’s interesting to see Fnatic embrace fan ownership. Fundamentally, such a move places more power into the hands of passionate supporters, who only have the team’s best interests at heart.

The Potential to Sustain Dominance

Because of their success throughout the 2010s, Fnatic are right to be ambitious regarding their future. Although retaining their grasp on the sector isn’t guaranteed, crowdfunding and investment appears to be a stable method of securing long-term security. As such, this will provide the platform for Fnatic to continue triumphing across numerous video game titles.

Read more:
Fnatic’s use of crowdfunding and fan investment

Saving vs Investing – where should my money go?

He was one of Asia’s richest men, now he’s fending off debt collectors

Investment Residency: All the Benefits of Obtaining a Second Passport by Investment