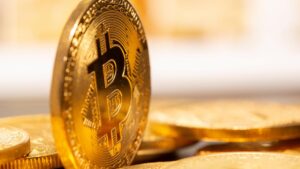 Bitcoin nudged the $40,000 level yesterday at $39,999, helping to inflate the value of the cryptocurrency market above $1 trillion for the first time.

It hit a previous high of $34,800 on Sunday, which was also the 12th anniversary of the bitcoin network being created. Bitcoin first breached the $20,000 mark in mid-December.

Its supporters say the rally validates its status as a store of wealth, although detractors claim that the market is a bubble destined to burst.

Other cryptocurrencies have risen in Bitcoin’s wake and the value of the market, which includes ethereum, exceeded $1 trillion for the first time, according to data from Coinmarketcap. The entire store of bitcoin is worth more than $700 billion.

Cryptocurrencies exist as strings of computer code and are not backed by physical assets or mainstream currencies. Bitcoin was developed by Satoshi Nakamoto, a software developer whose identity has never been revealed. It was practically worthless when created in 2008 and it took three years to reach parity with the US dollar.

Its rising value has been attributed to numerous factors, including its growing acceptance by large institutional investors and concerns that ultra-loose monetary policy will lead to a surge in inflation. Paypal has introduced a feature allowing its users to invest in bitcoin and will offer cryptocurrencies later this year.

This week JP Morgan predicted that bitcoin could rise fourfold if investors embrace it as an alternative to gold. The Wall Street bank said the currency was already competing with gold and could climb to as high as $146,000 if it became established as a safe-haven asset.

Simon Peters, an analyst at eToro, said institutions were increasingly regarding bitcoin as “both a growth asset and as a way to hedge against the big fear of 2021: inflation”.

Bitcoin trades on numerous exchanges, the largest of which is Coinbase, which is preparing to go public on Wall Street.