We could save £6bn chasing Covid loans, claim debt collectors 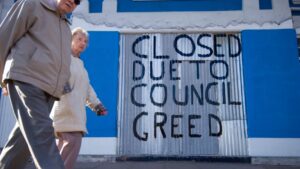 Taxpayers may recover an extra £6 billion in repayments from emergency Covid-19 support loans if the government uses debt collection bodies to work closely with borrowers over several years, an industry report says.

The Treasury should pay £30 million to fund numerous engagements with small businesses to see if they can repay their coronavirus support loan or agree a repayment plan, the Credit Services Association (CSA), a trade body for debt collectors, has said. A policy of getting in touch frequently, as opposed to minimal contact and then taking non-paying borrowers to court, could yield an extra £3 billion to £6 billion, the CSA adds in the report.

Banks are in discussions with debt collection agencies about recovering bounce back loans, which are 100 per cent backed by the government. So far £43.5 billion has been extended to 1.4 million small businesses. The loans, worth up to £50,000 each, were designed to provide rapid help for small businesses and required minimal checks on borrowers. They have been seen as a key part of the government’s pandemic support but are expected to lead to high amounts of unpaid debt due to borrowers’ distress or fraud.

The first repayments are due from June this year. Using debt collectors is seen by lenders, regulators and the Treasury as sensible given the scale of the task, which would otherwise require banks to hire thousands of staff and create new centres dedicated to recovery of the loans.

Plans are being drawn up to create a panel of agencies that would take on the task of seeking repayment, for which they would receive a fee. Any unpaid debts would return to the banks, which would then claim on the government guarantee attached to the loans.

There is an acknowledgment, however, that the matter is sensitive given the struggles many small businesses face because of coronavirus, as well as the need for banks to avoid a repeat of the financial crisis when Royal Bank of Scotland, renamed Natwest, used controversial practices in its Global Restructuring Group.

Banks are considering signing up to a unified approach over the recovery of bounce back loans. They sent out questions to a group of debt collection firms before Christmas asking what fees they might charge and what a potential protocol might include, for example for the number of phone calls or text messages a borrower might receive.

Chris Leslie, CSA chief executive, said: “When such vast sums of taxpayer money have been lent to business in the expectation it will eventually be repaid, ministers have a responsibility to pursue an effective, as well as a sensitive, approach to recovering that debt.”

The CSA, which represents debt collectors and debt purchasers, is calling for a fair and consistent approach to collections. Its “engagement scheme”, which it suggests would cost the Treasury £10 million annually for three years, would involve early contact with borrowers and conversations about people’s individual circumstances.

Banks are keen to hammer out an agreed approach to debt collection with the Treasury to minimise the risk that in the future, amid a potential public backlash against lenders trying to recoup losses, politicians change the terms of the bounce back loans. Some industry insiders fear ministers could leave them stuck with the problem, cracking down on efforts to recover loans while making it difficult for banks to claim on the government guarantee.

One question is what happens to loans that are not repaid and are passed to the British Business Bank, the government entity overseeing the process. They could be written off or new efforts could be made at recovery.

The office Christmas Zoom party: what to do, and what not to