FCA issues stark warning as bitcoin slumps by a quarter 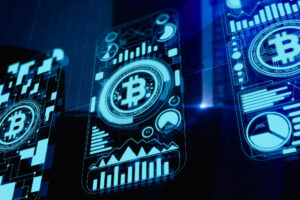 The City watchdog warned investors in digital currencies that they should be prepared to lose everything as the price of bitcoin slumped by as much as 25 per cent yesterday.

The Financial Conduct Authority said that consumers were at a “high risk of losses” if they invested in digital currencies, other “cryptoassets” or products linked to them.

Bitcoin, the world’s most popular digital or cryptocurrency, nearly quadrupled in value last year and this month it has risen by as much as 44.9 per cent to last week’s record high of $41,998.75. The price rise appears to have attracted droves of retail investors to the market.

However, the watchdog’s warning, combined with profit-taking after the recent record high, pushed bitcoin lower and in New York last night it was down 16.3 per cent, or $6,196.28, at $31,917.44, having pared some of its earlier losses.

Like its rivals, bitcoin exists as strings of computer code and has no physical form. It was developed by a secretive software developer using the name of Satoshi Nakamoto. It was intended to be used as currency to pay for goods and services but its main use to date has been speculative trading.

The City regulator believes that bitcoin and other unregulated cryptoassets “have no inherent value”. In a test conducted by the regulator last year on a particular cryptoasset, industry valuation models returned prices of anywhere between $0 and $50,000.

“Investing in cryptoassets, or investments and lending linked to them, generally involves taking very high risks with investors’ money,” the authority said. “If consumers invest in these types of product, they should be prepared to lose all their money.”

Volatility and the complexity of some cryptoassets compounded issues with pricing, the regulator added. There was also “no guarantee that cryptoassets can be converted back into cash”.

The authority said that consumers were unlikely to be able to benefit from protection such as from the Financial Services Compensation Scheme and the Financial Ombudsman Service if their investments turned sour.

The authority is under pressure to do more to protect people from risky investments after the London Capital & Finance scandal. Last month an inquiry excoriated the regulator for failing to protect 11,625 savers who lost most of the £237 million that they put into risky assets known as minibonds.

British investors appear to have piled into bitcoin in the new year. Investors using sterling made bitcoin trades worth nearly £1 billion in the first seven days of 2021, trading twice as many bitcoins as in all of January last year, aggregated data from digital currency exchanges published by The Times on Saturday showed.

Since last week, FCA-regulated firms have been banned from marketing, distributing and selling cryptoasset derivatives to retail investors in the UK. The regulator has found that investors were losing tens of millions of pounds a year trading contracts-for-difference and futures tied to cryptoassets.