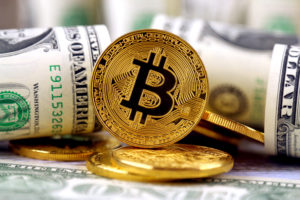 The increasing value of Bitcoins is making a path for a broader acceptance of this digital currency. Many large organizations are already cooperating with Bitcoins.

Experts are saying, in 2021, you can buy your groceries along with furniture in returns for your Bitcoins.

Here are the 5 things that you can buy in Bitcoins or by using your Bitcoins.

In 2016, the Burger King of Arnhem, Netherlands, started receiving Bitcoins in place of traditional cash. They also offered a Whooper free if you use your Bitcoins for purchasing a Whopper.

There is a bar in Portland, Mane, named Great Lost bar. You can buy every item from the menu with bitcoins. Along with hard cash and credit cards, this place lets their customers use bitcoins for purchasing foods and drinks.

Pubs belong to the list of earliest acceptors of bitcoins. They are the most avid supporters of bitcoins. A historic Australian pub, Old Fitzroy in Sydney, is the first bar to start accepting Bitcoins in 2013.

You can get a compact pail with healthy dinner, lunch, and breakfast from Aegaeon Farms in exchange for Bitcoins. If you want to stretch things, it also includes a 45 days’ meal planner.

A Pennsylvania businessman had opened his Allentown based Subway in 2013 and started accepting bitcoins. So, here you can use your bitcoins for buying Meatball Marinara sandwiches. For more information you can visit Bitcoin Power

Just after pubs, coffee bars come on the list of earliest Bitcoin acceptors. Prague, the capital of the Czech Republic, has a cafe named Bitcoin Cafe that accepts only digital currencies like Bitcoins.

Air Baltic, an airline company that has flights to fly Latvia along with other parts of Europe and the Middle East. It is the first airline company to accept Bitcoins for travel tickets. In the year 2014, they implemented this new payment method.

Not only airlines but also online travel booking sites, such as CheapAir.com and Expedia, also accept Bitcoins for all of their bookings.

In case you are taking a tour to countries like Hungary and Argentina, you can use your Bitcoins to get a taxi ride. Not all taxis, but there are a lot of Bitcoin-friendly taxis available.

Bitcoin Real Estate offers you many options for some excellent looking properties that you can purchase by using your Bitcoins.

In the year 2014, the D Las Vegas, along with its sister property, started accepting Bitcoins at their restaurants, front desk, and gift shops. The Golden Gate Hotel and Casino made history in Sin City.

3.    You Can Buy A Car or Other Luxurious Items

The CEO of Token Soft, which is a Cryptocurrency security firm, had pre-ordered a Tesla Model 3 in 2016, using Bitcoins.

Uzooka.com, an online store that deals with auto-headlights, has announced that they were accepting Bitcoins. It was 2017.

The online mattress retailer named GhostBed accepts bitcoin. It took only 15 minutes to make the first Bitcoin sale just after the official announcement.

JavyEstrella.com, the online luxury watch seller, accepts digital currencies for their watches. So, now you can have your Rolex watch by spending some of your Bitcoins.

In 2014, Central Texas Gun Works had become the first one to accept Bitcoins among the Texas firearms dealers. There is also an Austin based store that accepts Bitcoins for both in-store and online sales.

4.    Almost Everything in Japan

Japan is the country that holds most of the bitcoins in the whole world. And the best thing is bitcoin is also legal in Japan, just like traditional cash or Japanese Yen. So, you can use bitcoins for buying almost everything in Japan. From buying groceries to clothes, home supplies, properties, and whatnot.

It is believed that Satoshi Nakamoto is a Japanese seeing how Cryptocurrency is popular in Japan. Japan is currently working on Central Bank Digital Currency to take the whole Cryptocurrency to the next level.

You are not limited to buy only fashion accessories or tangible liabilities. If you are not aware of the fact that you can even buy stocks with the help of Cryptocurrencies. For instance, the JM Bullion allows you to buy gold coins along with other precious metals by using Bitcoins.

The Crypto market regulation is smoothing up as time passes. Hence, you will start seeing almost everything is available in exchange for Cryptocurrency.

Apart from all the earlier mentioned five things, you also can use your Bitcoins for buying a lot of things. They are comic books from LA’s Meltdown Comics, lottery tickets from the Jackpocket app in New Hampshire or Minnesota, and many more.

Importance of Angel number 555 in numerology