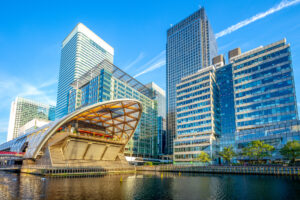 Investors continued to flock to London despite the shockwaves from Covid-19, as it received more venture capital funding than any European city, a new study has shown.

London’s technology firms received $10.5 billion in new investment, down from $10.7 billion in 2019 but higher than the $5.9 billion figure from 2018, according to the research.

The prospects for this year are “strong” as funds have “unprecedented” amounts of cash to deploy, Dealroom, a data provider, and London & Partners, which compiled the figures, said.

Technology companies headquartered in the capital banked more than three times more than any other city in Europe, the report stated. London ranks fifth on the global list for venture capital tech investment over the past five years, behind Beijing, San Francisco, New York and Shanghai.

Despite the pandemic and the shadow cast by Brexit, some of London’s most prominent start-ups raised significant sums from investors. Revolut, the banking app, banked $500 million in fresh capital at a valuation of $5.5 billion, while Octopus Energy secured $527 million in two separate rounds. Arrival, a maker of electric vehicles, took $400 million in fresh funding.

The abundance of capital reflects the growing appetite to back the potential technology champions of the future. Last year America’s Nasdaq index rose by 30 per cent as investors backed companies that stand to benefit from the faster adoption of technology in businesses and homes.

Many UK technology start-ups are looking to following the lead of Airbnb and Doordash by going public this year. Deliveroo, the online food delivery service, is thought to be looking to float at a valuation of more than $10 billion.

The capital’s financial technology sector remained the most popular hunting ground for venture firms. Investors poured $4.3 billion into London fintechs — accounting for almost half of all investment in the industry across Europe.

These are the batteries we need to ease the power crunch