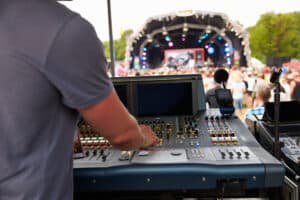 Whole groups of people are falling through the cracks of Covid-19 support schemes due to out-of-date tax systems, MPs have said.

Some freelancers and self-employed people have been particularly excluded, despite lockdowns and restrictions meaning they cannot work, the Public Accounts Committee said.

Others meanwhile are able to abuse the system, it said.

The government said its “top priority” was helping those who are struggling.

Since March, HM Revenue and Customs has provided more than £80bn in support to companies and individuals through government coronavirus support schemes, the committee said.

They are also supporting the incomes of many of the self-employed.

But despite this, a report from the MPs says “quirks in the tax system” have meant that groups of workers – including freelancers and self-employed people who recently moved onto company payrolls or work on a series of short-term employment contracts with gaps in between – have been ineligible for furlough payments.

“As public spending balloons to unprecedented levels in response to the pandemic, out-of-date tax systems are one of the barriers to getting help to a significant number of struggling taxpayers who should be entitled to support,” said MP Meg Hillier, chair of the Public Accounts Committee (PAC).

By contrast, she said some large companies that had used government support schemes had continued to pay dividends to shareholders and high salaries to executives.

She added that HMRC was in many cases failing “to capture or deal with those wrongly claiming” support.

The tax agency should explain to freelancers and other groups why they have been excluded from receiving support and set out steps to fix the problem within six weeks, the MPs said.

The PAC also said that a lack of certainty about government coronavirus support schemes had made it difficult for businesses to plan effectively.

For example, HMRC could not provide clarity on whether the Job Retention Bonus scheme had been delayed or scrapped, the committee said.

The scheme was meant to pay employers an incentive for every worker they brought back from furlough and kept in employment until January.

“Such lack of clarity may lead to unnecessary hardships for some businesses, who in good faith were relying on the payments from the scheme to meet some of their needs,” the MPs said.

A government spokesperson said it had done “all it can to help as many people as possible”.

“We do not underestimate the challenges faced by individuals and businesses during the pandemic, and our top priority is getting financial support to those struggling… while protecting the taxpayer against fraud.

“Those not eligible for support through these schemes can still benefit from the strengthened welfare safety net, accessing help like universal credit.”