Philippines is 83rd of 162 countries in global freedom index

THE PHILIPPINES ranks 83rd out of 162 countries in freedom index.

Filipinos became freer in 2018 after the country jumped three notches in the 2020 Human Freedom Index.

The country ranked 83rd out of 162 countries, scoring 6.9, higher than its score of 6.86 in 2017, according to a report posted on the Cato Institute website, a Washington, DC-based research group. 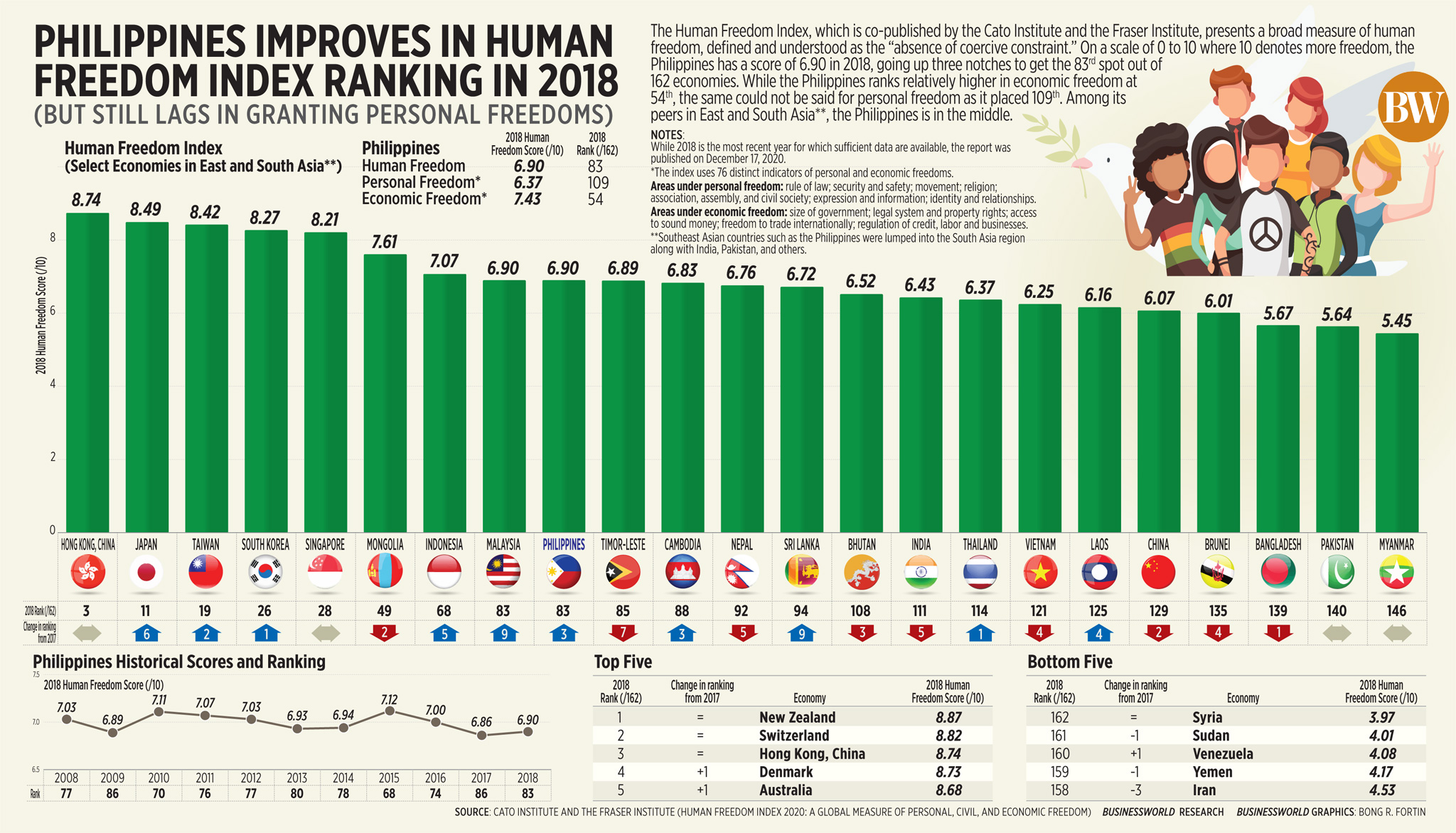 The county’s latest ranking was lower than its score of 7 in 2016 and  7.12 in 2015. The Philippines ranked 109th in terms of personal freedom and 54th in terms of economic freedom.

The institute said 15% of the world’s population lived in nations with vibrant economic and human freedoms, while 34% lived in countries that have the lowest levels of freedom.

The gap in human freedom between the most and least free countries has widened by 6% since 2008, it said.

The average human freedom rating for 162 countries in 2018 was 6.93%. Cato said the rating of 87 countries increased, while that of 70 nations fell. — Kyle Aristophere T. Atienza

US carries out missile test delayed over Chinese drills