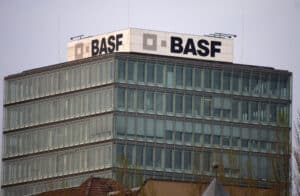 The government and a German industrial giant have been sharply criticised over the closure of a factory in the northeast of England, with the loss of hundreds of jobs, despite a £1 billion loan from the Bank of England during the Covid-19 crisis.

BASF, the world’s largest chemicals producer, took the loan last April as part of the UK’s covid corporate financing facility (CCFF) aimed at helping employers in the UK get through the crisis.

The loan has raised questions as BASF is not only based in Germany, it has only limited operations in the UK employing 700 people across six sites.

News of the closure of the plastics factory at Seal Sands, near Middlesbrough, and the reported loss of 390 jobs, and its work transferred to France, was condemned by Labour.

Describing the situation as “financial negligence”, Ed Miliband, the party’s former leader and business and industry spokesman, told the Financial Times: “It appears the government has shelled out £1 billion in taxpayers’ money with no questions asked.

“Why did the government not get guarantees about employment for such a large sum of support? Did they have any discussions with the company on these issues? The business secretary must explain.”

Papers from BASF, however, challenge claims that the loan was on the same terms as other CCFF loans. In a statement issued last summer and redistributed this week, BASF said: “The transaction with the Bank of England does not include any conditions that restrict capital distributions or senior management remuneration.

“Under BASF’s existing commercial paper program [the loan] does not have the character of state aid.”

Of the job losses, a spokesman for BASF said the Seal Sands facility while owned by BASF, had been operated for the past decade by Ineos, the UK chemicals group, which had no plans to restart it after its closure during the pandemic.

BASF employs 117,000 people around the world but just 700 in the UK: in plastics at Alfreton in Derbyshire, additives in Bradford, food supplements on the Scottish island of Lewis, pesticides at Littlehampton, Sussex, rodent poisons at Widnes on Merseyside and automotive emissions in Cinderford near Gloucester.

BASF is valued on the Frankfurt stock exchange at more than €60 billion. It has long had to live under the dark shadow of its collaboration with the Nazi regime during the Second World War in which it used forced labour including concentration camp prisoners from Auschwitz.

Senators vote to proceed with Trump’s impeachment trial, but conviction may prove elusive

Got More Than One Pension Pot? Here’s How You Could Benefit From Combining Them.