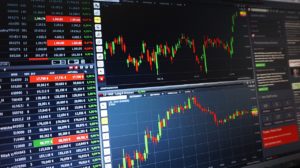 The start of January 2021 marked the end of the UK’s Brexit transition agreement with the European Union.

In the blink of an eye, $7 billion USD of European Union stock went from London to stock markets in Europe, which caused an earth-moving ripple effect. As a result, the question on everyone’s mind now is: was this a one-time event or a warning of major shifts in the financial tectonic plates of Europe?

This article will look into the friction between the EU and UK stock markets, the life-changing decisions that have to be made by both parties, and whether it really is the start of the UK’s economic decline.

Britain is left with two choices, each of which will have big implications. One option is that they could attempt to keep their access to the European market by keeping their rules and regulations as closely aligned to those of the EU. The idea would be that the European Union’s authorities would see the almost equivalents between the two regulations and allow EU companies to sell financial services to that market.

The other option could be described as the “go big or go home” option. The UK could throw equivalents in the trash, ditch access to the EU’s single market, and chart its own path. This would allow the UK to create its own unique rules and regulations.

Of course, this could trigger a backlash from France and Germany. Both countries would likely respond by revving up their efforts to deprive Britain of as many financial services as they can. This would cripple Britain, stripping them of some control they have over buying and selling certain stocks.

While the latter choice is bold, it would undoubtedly be heralded as the right choice by many in certain sectors. However, it would also mean that with regulatory and fiscal recalibration, Britain is giving up all hopes of keeping access to EU markets. What’s more likely is that UK regulators and politicians will capitulate to EU regulators and strive to maintain equivalency.

Even with the drop in economic output, the stock markets in the United Kingdom remain strong as reliable trading platforms emerge and strengthen the economy amidst the COVID-19 chaos. According to a recent analysis of the best UK-centric stock trading apps by Tokenist.com, major platforms like eToro and Pepperstone are appealing to new traders due to their low fees, user friendly interfaces, price alerts, and market research features.

This is one reason why record numbers of British citizens (many of whom remain stuck-at-home) have decided to begin investing in the stock market. As prices of most major UK corporations have lowered to fractions of their previous value, the market can be lucrative ground for those who invest while playing it safe and understanding the inherent risks of stock trading.

Why the EU currently holds all the power

The concept of equivalents could be argued to be a way to forge business connections that will last decades into the future. If arguments were being made on a purely technical basis, it would make sense for the EU and the UK to agree to keep similar rules and continue to trade in the same way as they had done pre-Brexit.

In politics and finance, decisions are rarely made in the most logical way. Many people question whether the EU would want equivalence, especially since right now they are the ones who hold all the cards.

In fact, it seems like it would be in the EU’s best interests not to negotiate, but to build up its own financial sector. Bankers, politicians, and others in the financial field understand that the decisions made will not be technical but will be influenced by political ambition and emotion.

The only way that many believe the EU would grant equivalence is if the UK would be willing to give up something. It would not be surprising if the EU used this opportunity to hamstring Britain’s ability to expand its trading in other places, turning Britain’s powerhouse markets into something less forceful.

Financial leaders in England understand this danger and warn that Britain must not negotiate itself into a positionwhere it must accept whatever the EU throws at them in order to keep equivalence. Britain has become accustomed to being the one who tells the world what to do, so it’s unlikely that politicians or financial leaders in the country are willing to be the rule takers.

The EU may allow the UK to access its markets

If you look at history, it becomes clear that logic rarely wins out in finance and politics. Brexit is a perfect example. Emotion led a country in a direction that created severe consequences. Now the UK and Europe are living with the consequences of the people’s decision.

The 17.4 million people who voted to leave the EU and support Brexit may have done so believing it would be good for their businesses and the country as a whole. But the reality is that there have been no immediate beneficial effects of Brexit on businesses, as the stock of European companies can no longer be traded with UK-based platforms and retailers have encountered numerous problems with shipping their products across the English channel.

Making things worse is the fact that COVID-19 has plunged the global economy into the worst recession we’ve seen since the Second World War, including in the UK. However, there is a chance that the EU may allow the UK to access its markets. This could help to alleviate much of the pain for UK business owners through reducing import restrictions.

This could likewise bring some financial benefit for the EU considering the consolidation of expertise and capital that Britain has. In some ways, it would be cheaper for the EU to take advantage of those markets as opposed to investing in building their own duplicates. The EU can scarcely afford to invest so heavily in trying to duplicate something that already exists and that they can get access to.

That first day of trading in January when $7 billion was lost sent a shock-wave through the financial markets. Many market participants are content to be spectators and watch how the dust settles. In the long-term, it will be interesting to see what strategy the EU will take and if there are further consequences for Britain.

Even though it is fair to say that the $7 billion loss was an embarrassment for Britain, it would be premature and an exaggeration to assume that this was the start of the end of London’s economy. There is still a lot more waiting to unfold.

Investing In An Online Casino

House prices will drop in 2021 as Covid impact hits

The irony of the D&E electoral choice

SMEs feeling the pinch thanks to red-hot price growth