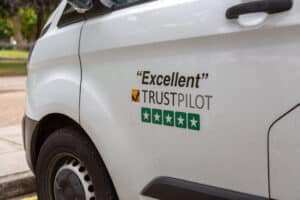 He then left a review accusing the firm of being “another scam solicitor”, according to court documents.

The firm took legal action, stating that this was untrue and defamatory.

The number of business enquiries it received had dropped since the publication of the review, Summerfield Browne said.

Mr Waymouth had not engaged with Summerfield Browne’s complaints procedure before leaving the review, the High Court in London heard.

He did not attend the online hearing or send a legal representative.

He previously said he had offered to remove the review in exchange for a refund of the £200 fee (plus VAT) he had paid but claimed the firm had not responded.

In the review, Mr Waymouth alleged: “I paid upfront for a legal assessment of my case.

“But what I got was just the information I sent them, reworded and sent back to me.”

Finding for the firm, judge Master David Cook said it was “beyond any dispute” the words in the review “had a clear tendency to put people off dealing with the claimant firm”.

And Mr Waymouth had “never fully articulated” why he was unhappy with Summerfield Browne’s work.

Other reviewers are now leaving TrustPilot reviews on the firm’s page, in an attempt to support Mr Waymouth.