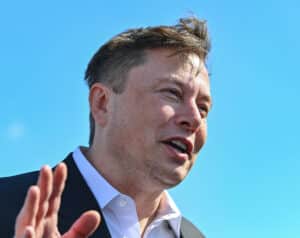 Bitcoin slumped again yesterday to cap a week in which it had lost a quarter of its value.

On Saturday Musk tweeted: “The true battle is between fiat [money] and crypto. On balance, I support the latter.” The week before last, Musk, 49, said that bitcoin network’s energy usage was “insane” and he stopped Tesla customers buying its cars using digital currencies. He also called the cryptocurrency a “hustle”, prompting prices to tumble.

In April Bitcoin was closing in on the $65,000 mark amid growing interest from institutional investors and continued speculation by retail investors chasing a rising price. In February, it rose after Tesla said that it had bought $1.5 billion of of bitcoin and would soon accept it as payment for its cars.

Musk’s recent negativity, a crackdown on digital currencies by China and concerns about the price appear to have prompted the recent slump.

It also appears to have become an issue in the world of divorce. According to The Sunday Telegraph, one of Britain’s top divorce lawyers has recorded a fivefold jump in instances of people trying to hide the wealth they have accumulated from trading the cryptocurrency.

Ayesha Vardag, 53, said that she had seen spouses trying to conceal their riches, although she said that few of the super-rich kept large sums in cryptocurrencies owing to the unpredictable swings in value. “In the same way that offshore trusts and investments have been typically used as tools to facilitate hiding assets, bitcoin and other cryptocurrencies can be used to hide your spouse’s true worth,” she said.

Megawide ready to move on from NAIA rehabilitation project

Mastercard to push up fees for UK purchases from EU